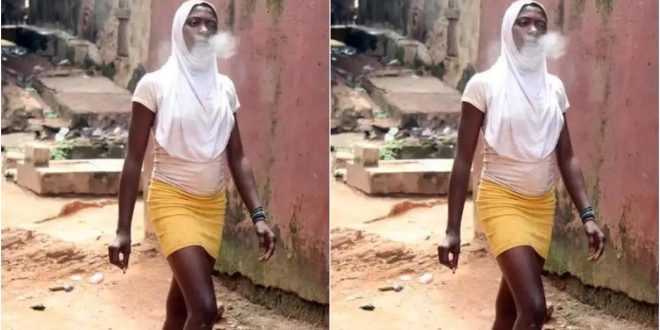 Many people in Ghana consider Muslim women as loyal, good and principled.

The Muslim community brings up the girls to be submissive and calm, but a trending picture on Twitter has defyed all the ideology most people had on Muslim women.

A girl in Hijab was spotted smoking weed on the streets something even men fear to do in public.

The girl has not yet been identified but she is already trending on social media for such a bad behavior.

Most people that spoke about the picture claimed she is a bad but in many good ones and for that matter, her sole character should not be used to judge the Muslim community.

see the picture below.