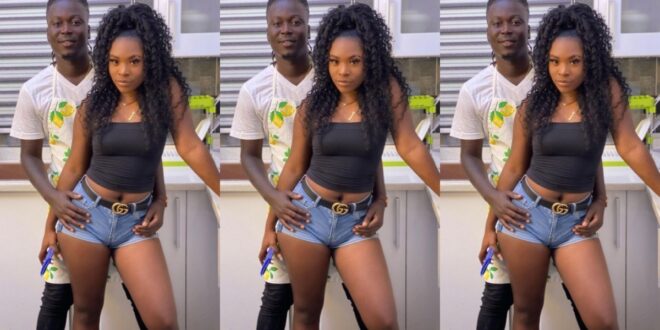 Everyone will remember wisa Gierd with his hit song “ekiki me”, he was rising up the ranks very fast but his own childish behavior kicked him out of the music industry.

Whiles performing on stage, he took off his pants and showed his tiny manhood to the world, he was arrested and trialed in court for several months.

Now his name in the music industry has died and he has pretty much given up his career.

News reaching us suggest that he is about to get married very soon with a lady named Annabell Nyamekye Twum, a Ghanaian lady living in Canada.

Annabell is also a musician, the wedding is said to be coming off on January 28, 2021 at Coastal Estate on the Spintex Road in Accra.

see photo of the couple below.