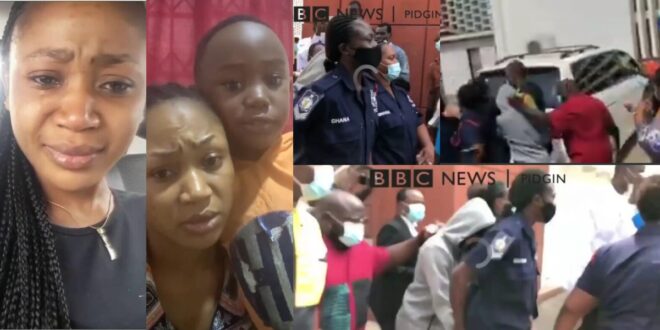 After being sentenced to 90 days in prison for posting a picture of herself n*de alongside the her, Akuapem Poloo allegedly broke down in tears asking for mercy.

Poloo reportedly broke down in tears before the court, pleading for mercy but to no avail, according to GraphicOnline.

“Mummy please, Mummy, I beg you, Mummy please,” she said as she pleads to the female judge who issued the judgment, according to GraphicOnline

At the end, that did not matter; the actress was sentenced to 90 days in prison.

see video of her been sent to jail below.