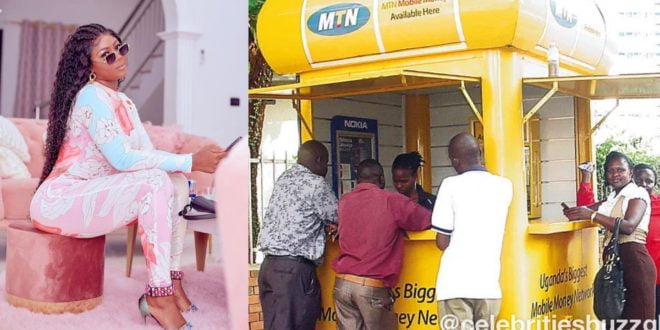 MTN says actress Salma Munin lied about an amount of Ghc 10,000.00 vanishing from her account and that she never had that money in there in the first place.

One of the biggest and trusted mobile networks in Ghana and Africa as a whole, MTN has of late been criticized by the public due to several instances of scammers defrauding gullible people and cashing out their Money – the latest to add her voice to this criticism was Ghanaian actress Salma Mumin.

In a post that was shared by the actress on Instagram, on Tuesday 22nd October 2020, Salma Mumin went all loud in stating that an amount of Ghc 10,000.00 has been redrawn from her merchant MTN mobile money account without her permission.

She went forward to accuses stuff of the network of being behind the many frauds acts many people complain of including her alleged 10k which she claimed was stolen. “I believe is your workers… My money must be found!!,” she stated. “…you assure us of our monies being safe with them but it’s all lies”.

Following the actress outburst against MTN, there were torrents of people who drew in their support with many sharing their various instances where monies in their accounts ‘vanished’ without their noticed – and this issue became the most talked about as far as social media is concerned.

However, Salma Mumins claims turns out to be false in the long run and the network has issued a statement against her. According to them, Salma never had that amount in her account neither has any amount been withdrawn from her MOMO.

They stated that her claims were “false and misleading” to the public and the post has been deleted after she was engaged. MTN went on to insist that Miss Salma Mumin apologizes within 24 hours for her publication else they would be forced to take legal actions against her.