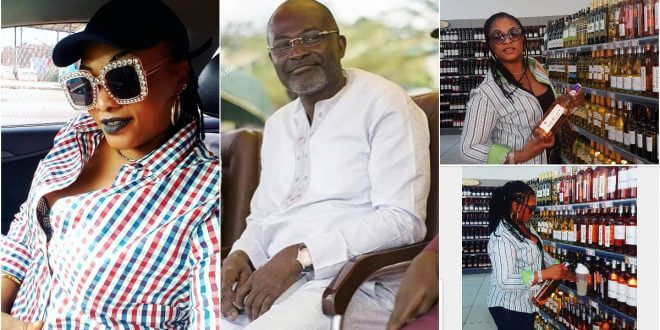 Mother of Kennedy Agyapong’s daughter, Annel re-insults Him after apologizing

Moira Dawson-Williams, mother of Kennedy Agyapong’s daughter Annel has blasted and cursed the Member of Parliament the second time for refusing to consider the apology they rendered to him.

Annel pleaded to be given the second chance to prove herself worthy to be called Ken Agaypong’s daughter. her mother also joined hands in apologizing to the maverick M.P.

Kennedy Agyapong in reaction to the apology on Atinka FM said he holds nothing against her. Furthermore, he believes his daughter is now grown and has got a life to live and he stated that there is no way he is going to pay for the school fees of Anell.

well, this morning Moira Dawson who seemed pissed by Kennedy Agyapong decision not to forgive her daughter has responded.

Moira said she regrets apologizing to him(Kennedy Agyapong) and she even did that because she was forced by people closer to Ken. She added that they didn’t apologize to him for a re-start of his fatherly duty but instead, they did that to make ‘mere’ peace.

She cursed Hon. Kennedy Agyapong with a white and brown egg before adding that the businessman made dirty money.