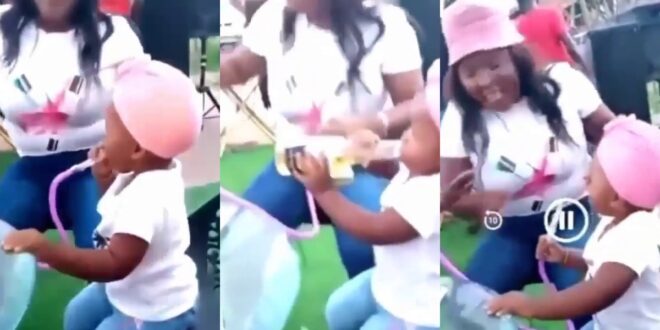 A shocking video that has taken over social media trends shows a mother from South Africa urging her daughter to smoke shisha who is just some months old.

After letting her little daughter smoke shisha and drink beer at a party, the mother came under a serious backlash.

The irresponsible mother was captured in this highly censured video, offering her young daughter alcohol to drink.

As she topped the daughter up with a shisha to smoke after the alcohol, she seemed clearly not worried about the consequences of her acts.

watch the shocking video below;