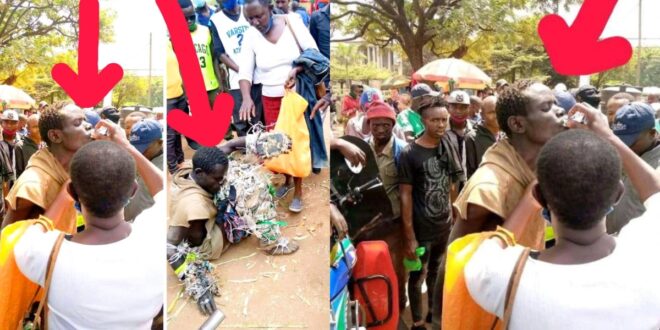 After finding her missing son of three years walking the street like a crazy man, a Kenyan woman has briefly lost for words and drenched in emotions.

The young man had been gone for three years until, by accident, his mother stumbled across him walking the streets in rags and looking unkempt—evidence of mental illness.

The mother said her son went missing in 2018, according to sources, and he was said to be a genius student at the University of Nairobi, Kenya, before he vanished.

As onlookers who pulled likewise along with the evocative scene swarmed around them, the mother gave her son a pouch of water to drink.