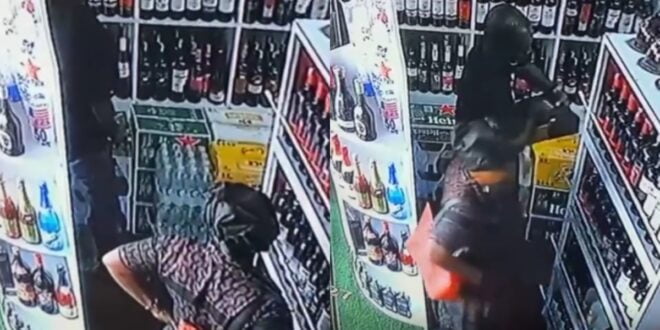 We all know that the system is tough, as some people will often say, but teaming up to rob is something else for a mother and her son. 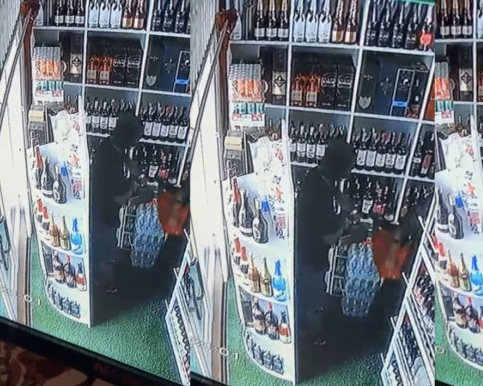 A CCTV video available to us reveals the moment when in a wine shop in Tema a woman and her son were shop-lifting.

The mother and son visited the market, according to the owners of the store, under the presumption of purchasing some alcohol, little did they realize that they all had a different agenda.

The woman dressed in black attire (possibly grieving someone’s death) was going around the shop with her son in the film.

Then the son took a packet, took out one of the drinks, and gave it to his mother, who put it in her underwear as well.

the unknown son also took another box and also stuck it in his trousers after taking one of the contents out.

The shop owners are calling on the general public to help them with information that can lead to any of them being arrested.