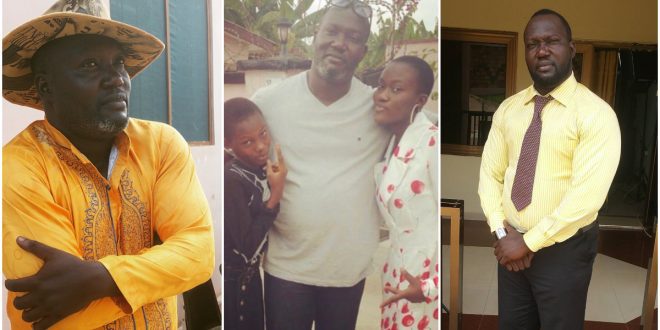 From a video, as we sighted, it appears that Kumawood actor Bishop Bernard Yaa Kunadu has more than three children as we knew.

the mother of Bishop, Maame Yaa Kunadu has disclosed that he has more than three children as we initially knew.

Maame Yaa Kunadu disclosed to Nana Yaa Brefo in an interview on the ‘Badwam’ show that Bishop during his sick time confessed to her that he has a child in Kumasi who is just 4 years old.

“I only knew him to have three children till I returned from London when he told me he had been a bad son and that he has a child who lives in Kumasi and that he had even named him after me. I then told him I couldn’t reject my grandchild, so he together with me went looking for his son. The boy is just 4 years old“

Maame Yaa Kunadu further revealed that, before the One Wee celebration of Bishop Bernard Nyarko, a lady who is 18 years of age also came in that Bishop is her biological father.

“Just before the one-week celebration too, an 18-year-old girl also appeared, saying she is daughter to my late son. I was a bit confused till I remembered how he wanted to inform me about it, but claimed he was scared. The child looked like one of his siblings so I have accepted all the five children and will take care of them,”

so it appears that the late Bishop Bernard Nyarko had 5 children before he passed away.