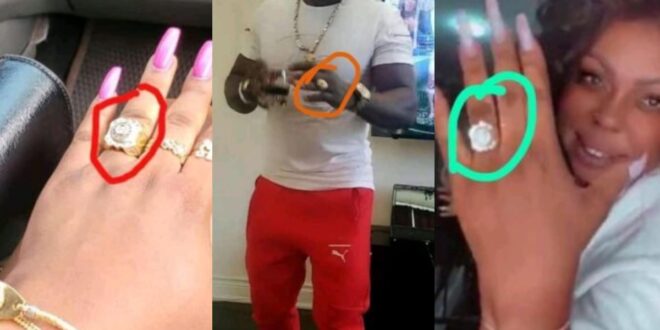 Mona’s recent attacks came after Afia Schwarzenegger said in a video that Mona was fired because she did not re-sign out of her own free will.

Mona, who believes Afia is always hunting for trouble, has slammed the notorious socialite, calling her nothing more than a cheap slut.

The gold ring Afia Schwarzenegger has been flaunting on social media lately is not hers, according to the former ‘Link Up’ show hostess, but belongs to a man who chopped her and declined to give her money.

Mona clarified that the aforementioned man chopped Afia Schwarzenegger but declined to reconcile with her, so she took his gold ring in her possession for a bit.

To back up her point, the self-proclaimed Slay Queen’s PRO posted pictures of the gold ring on social media.