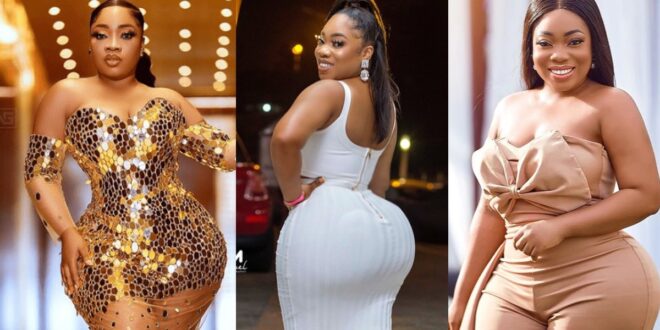 Moesha Buodong, a well-known Ghanaian actress and socialite, has apologized for some of the statements she made during a CNN interview with Christine Amanpour in 2018.

During a 2018 interview with Christine, the Instagram model and influencer mocked Ghanaian women, claiming that “you can’t make enough money as a woman” due to economic challenges at the moment, so “you need someone to take care of you.”

“Our economy in Ghana is such that you need someone to look after you. As a lady, you can’t make enough money here. Since even getting an apartment in Ghana needs a two-year deposit, and I just started working, so where can I find the money to pay?” she told CNN’s Christine Amanpour in 2018.

However, in an exclusive interview with GhanaWeb’s Elsie Lamar on Talker Tainment, the 30-year-old shared her deepest regret, saying, “Growing up, looking back, I would have withdrawn.” I don’t think I would have gone to that length to sit there and tell the truth about myself. It’s all fine, though.

“That’s me; the only difference is that I don’t lie.” I learn from my experiences and strive to improve as an individual. At the time, it was my reality, and I wanted her to hear about it. Still I don’t think I would have done so at this moment. It’s just that people are always criticizing me. And the fact that I am not that kind of person, my comments have caused me to be judged.”

About the fact that people began to criticize her because of her comment, she remained thankful for those who did not rush to smear her name in the mud but instead stood by her and gave her hope.

“I am eternally thankful to the people who have stopped believing in me. They were attached to me, recognized the real me, and told others. They brag about how trustworthy I am. They remind me how humble and nice I am,” Moesha continued.

See the video below to see the interview.