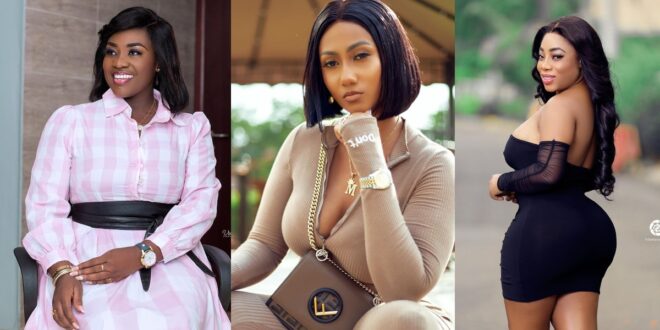 ‘Surviving C()vid, Emelia Brobbey, Hajia4real, and Moesha’s songs in the same year is a big achievement’

Even though she has yet to release her first song, Moesha’s decision to enter the music industry has sparked a number of hostile reactions from Ghanaians, with one Facebook user saying that listening to her amid an already choking pandemic would be a huge achievement.

“How are we going to get around Corona, @Emeliabrobbey, @Hajia4real, and @Moesha all in the same year?” It’s possible that this is our generation’s greatest achievement.” Jhake penned

Her decision to pursue a career in music comes just months after Top Slayer Hajia 4real released back-to-back singles to mark her arrival. By following her track with some luminous footage, she sent a stern message to the public that she has finally arrived.

Following the criticism she faced from Ghanaians after bombarding us with her first single “Fa Me Kor,” Emelia Brobbey does not want to try a career in music again if she is not emotionally strong.

All of this, together with the lethal Corona virus, is not possible to withstand, according to Jhake Jayson GH, a Facebook user.