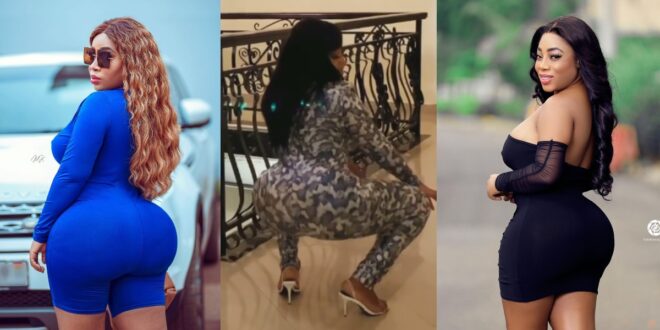 Moesha Boduong, an actress, recently expressed regret for disclosing on CNN that she sleeps with wealthy men for money.

What she doesn’t regret is the fruits of her labor of sleeping with wealthy men, who seem to have helped her create a vast house in which she now resides.

Moesha took to social media to brag about her mansion in a recent update on her accounts.

The actress is overjoyed because her birthday is coming up on March 10th.

She posted a video of herself dancing in her bed, shaking those wild assets that gave her the best gigs!

Keep an eye out for the video below.