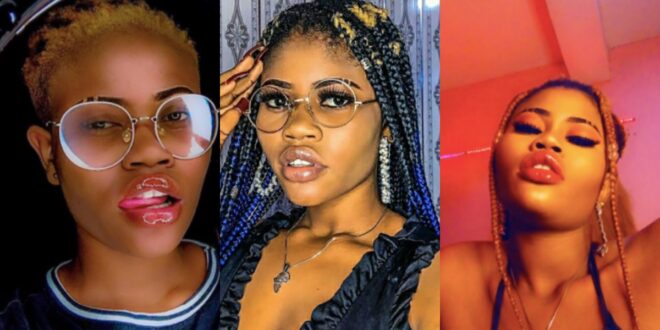 “Men who don’t L!ck the pu$$y of their girls are missing a lot”- Naomi Gold (video)

Naomi Gold, a Ghanaian social media celebrity, has educated Ghanaian men who refuse to give their woman their heads during s3xual intercourse, claiming that the act benefits many people.

While some influential men of God claim that l!cking pu$sy is a demonic act, this nudist and actress insist that it is the real deal and vital.

Naomi said in a brief video posted to her official Instagram page that men who do not lick pussy are losing out on a lot because it is the greatest.

She observed that licking a lady’s cunt is the easiest way to make her weep in bed.

In addition, rubbing the c*nt renders it wetter, according to Naomi.

watch the video below .