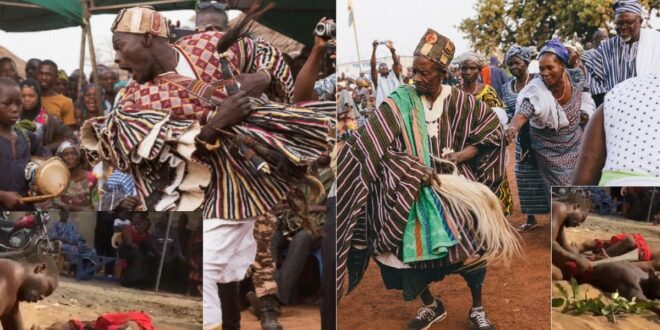 Pictures from a video that shows men cutting themselves with sharp cutlass without being hurt and bleeding have surfaced on the internet.

these men have really proven power day as they cut themselves without being hurt with the cutlass just as old Nigerian ‘Isakaba’ movie.

the photos show they were showing their supernatural powers during a festive or even.

it’s very shocking! not everyone believes in spiritual powers but it really exists.

see photos from the video below;