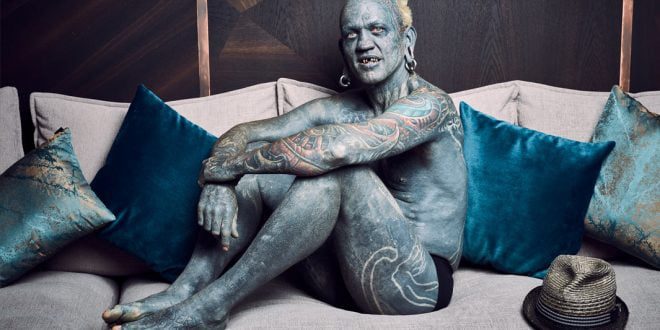 Meet The Most Tattooed Man In The World – Photos

Rich as people call him is a New Zealand performance artist, street performer and international arts festival performer, whose act includes sword swallowing and juggling on a unicycle.

Rich was best known, for holding the Guinness World Record as “the world’s most tattooed person.

has tattoos covering his entire body, including the insides of his eyelids, mouth, ears, and foreskin.

according to reports Diamond Lucky Rich born in 1971 first tattooed his body on his hip with a design of a small juggling club and started with all over his body few weeks after.