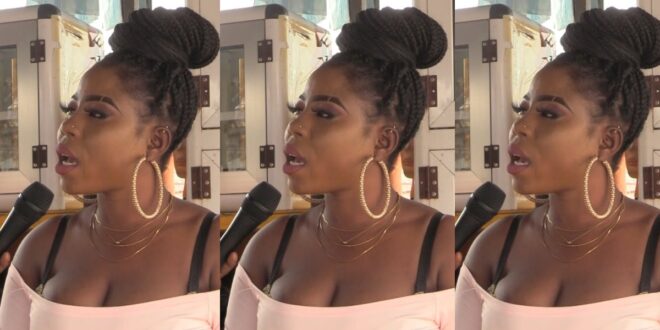 Even though she is not a lesbian, a young Ghanaian woman has admitted to SVTV in an exclusive interview that she is addicted to lesbian pornography.

the lady, who gave her name as Sarah Mohammed in an interview with SVTV Africa’s DJ Nyaami, said she used to be friends with a lesbian whom she housed while she was partly homeless, and it was then that she began admiring lesbians and how they made love.

She said; “She had nowhere to stay, so I let her into my house. We were friends since childhood, so I met her even though my friends told me about her new identity.