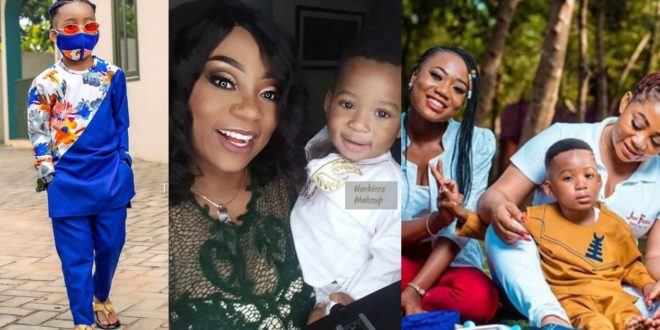 Kumawood actress Vicky Zugah has of late popped up on news headlines after her recent statement that she finds no problem dating a married man.

prior to this, she had been off the scene for close to two years after her sugar daddy scandal. She happens to be a very popular actress who has starred in many Kumawood movies but unfortunately little is known about her family.

The actress, though without a husband – is a mother of two kids (a girl who is the eldest and a little boy). she often flaunts them occasionally during special days like their birthdays.

Vicky Zugah’s eldest daughter is 17 years whiles the little boy is just turned 4. They are indeed adorable and they picked up the look of their beautiful mother. In fact, the 17-year-old girl always twins up with her mom.

see their picture below;