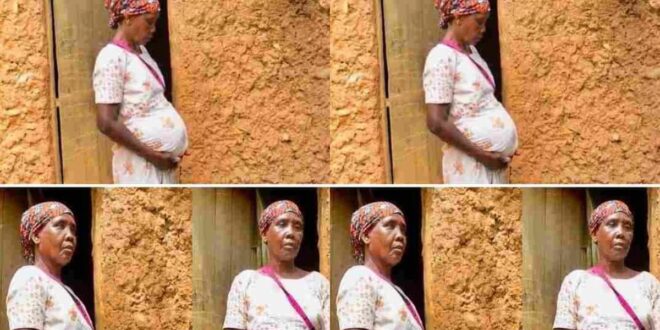 Meet a 70 year old woman who was pregnant since 1977 and still hasn’t given birth.

Internet users this morning went crazy after reading a report about a Rwandese woman who has been pregnant since 1977.

According to her, whenever she gets pregnant she gets a miscarriage and that leads to tempers flaring between herself and her husband.

She got divorced when she was seven months pregnant because the man thought it will end in another miscarriage as usual.

The husband has a reputation for being violent and she alleged he hit her.

The woman cursed the man to never have children, but because she wanted happiness, she went ahead with the divorce. After the breakup, she went to her mom’s home.

ALSO READ  Shatta Wale: "All Ghanaian musicians are poor including me"

She found her uterus was unusual and her fetus wasn’t growing like it used to.  her pregnancy ceased to grow and she was subjected to body shaming and hate comments from  Neighbors who tell her she is carrying an animal not human  .

She claims her first husband cursed her and that the infant to never be born. The doctors scanned her and no signs of life were noticed and the need for surgery was settled upon. May God help her.