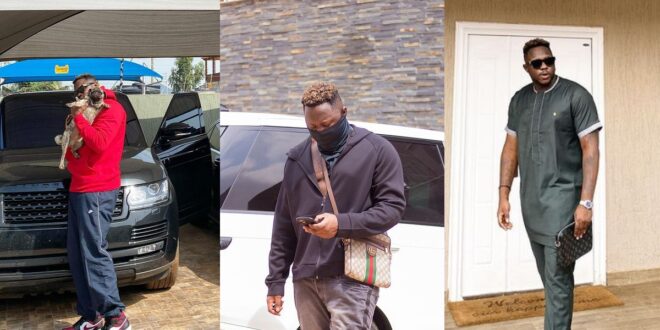 A social media user identified as Abena Dior has made some shocking revelation about popular Ghanaian rapper Medikal.

according to this ‘anonymous’ Twitter user, Medikal will surely be arrested this year, 2021.

Twitter users after seeing her post have blasted her and asked her to take it down before Medikal see’s it which she has failed to do so.

on reasons why this lady made such revelation about Medikal is only best known by her.

We are just speculating that the lady made those assumptions based on the fact that medikal has been speeding lavishly and publicly just like hushpuppi did.

ALSO READ  Are You Not Tired Of Being The Ex Of A Happily Married Man? - Fans Descend On Sister Derby (Screenshot)

He recently bought a chain worth $65,000 and showed off the receipt online.

He also bought a benz car for his dog, something that even the world richest would not do.