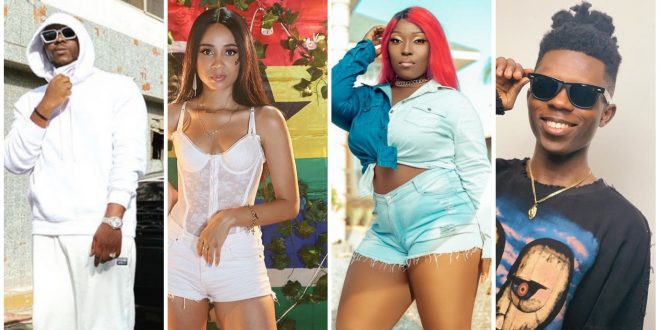 Eno Barony has finally released her much-anticipated track ‘Force Dem To Play Nonsense‘ featuring sister Derby and Strongman and has got Medikal reacting.

This track was as a response to Medikal’s ‘nonsense’ song which even though wasn’t dedicated to Eno. ‘Force Dem To Play Nonsense’ was released on May 17th, 2020, and ever since it landed, it has got lots of people talking.

According to Medikal in his reaction, The guys who teamed up to diss him in the song (Strongman, Eno Barony, and sister Derby) are just depressed and needed an avenue to vent their anger.

Considering the fact that Sister Derby has already proven on several instances that she is indeed depressed, it’s no wonder Medikal is bold enough to describe all of them as depressed.

Check out video of ‘Force Dem To Play Nonsense‘ below: