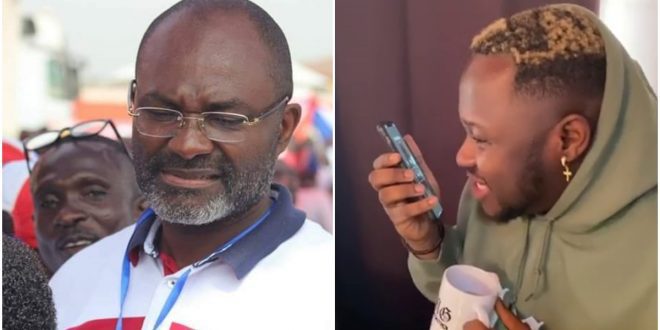 Rapper Medikal has joined in the brawl between MP for assin central Kennedy Agyapong and Bishop Obinim.

In a video we spotted, Medikal was seen on phone asking Kennedy Agyapong to stop his onslaught against Obinim.

Medikal pleaded for mercy and also commended the Honourable MP for his good works.