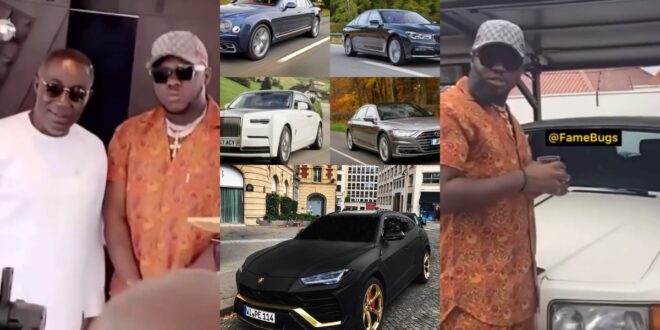 It has been a year since Kennedy Osei and his wife Tracy made their wedding the talk of the city after the extravagant design of the ceremony. Any other wedding was known as a child’s day after their marriage since it did not equal that of Tracy and Kennedy.

Their 1st wedding celebration served as their twin babies’ christening ceremony as well. The event took place in the mansion of Despite.

While celebrating the couple, Fadda Dickson, the Managing Director of the Despite Media company, posted some unseen pictures of their engagement on social media.

A video has also popped up of their first wedding anniversary.

ALSO READ  "What i do on social media is different from my real life, i'm a good girl"- Shugatti

Medikal was also present and was wowed by the riches of Despite, especially his car collections.