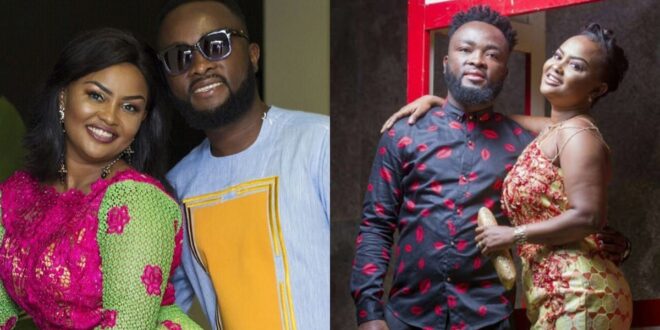 Actress Nana Ama McBrown and her husband, Maxwell were recently the targets of divorce and marriage troubles speculation.

This arose shortly after Mona Gucci made some accusations against the actress and host, alleging that she and other panelists on her show conspired to target her.

Since news of Nana Ama McBrown’s husband having another woman pregnant died down, reports of her husband’s divorce surfaced.

Mr. Mensah, on the other hand, has swayed people’s minds away from the divorce reports with a romantic comment under Nana Ama McBrown’s article in a new post.

Mr. Mensah gave his wife, Nana Ama McBrown a new nickname, ‘My Queenino,’ in the post, trying to divert attention away from the divorce reports.