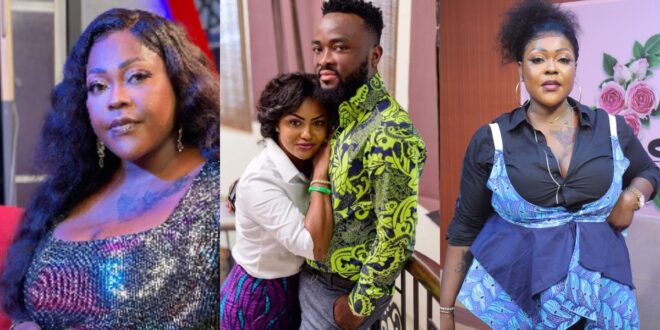 Mona Gucci, who threatened to reveal Kwame A Plus and Nana Ama McBrown for disgracing her, had dropped dirty secrets about them in an interview with Ghpage TV.

The husband of Nana Ama McBrown, Maxwell impregnated her close friend, according to Mona Gucci, and they are on bad terms because of that.

Instead of conspiring with A Plus against her, she urged the Unified Showbiz host to reflect on her marital issues.

Moreover, Mona Gucci revealed that A Plus is so broken that he can not even take care of his wife, adding that her cousin who lives in London is the one who takes care of the wife of A Plus.

Without mincing words, the Katanka TV host revealed that in the entertainment industry, nobody can intimidate her.

below is the audio;