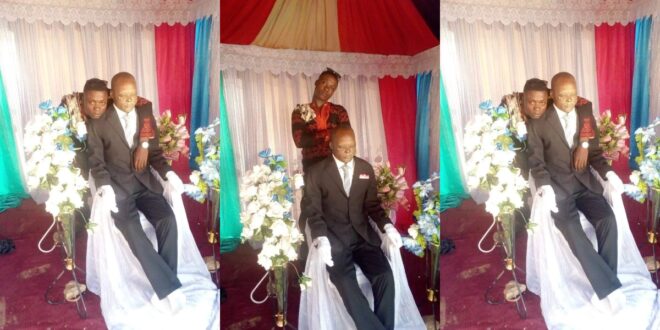 A  man took pictures of his deceased father with his cell phone and posted those pictures on Facebook as a way of showing the world how much his father meant to him.

The man known as  Thomas felt he could not let his father go to his final resting place without getting a selfie with him.

Some people criticized his posts after his father passed away, saying that he was out of line by showing the pictures, by disrespecting his father’s death.