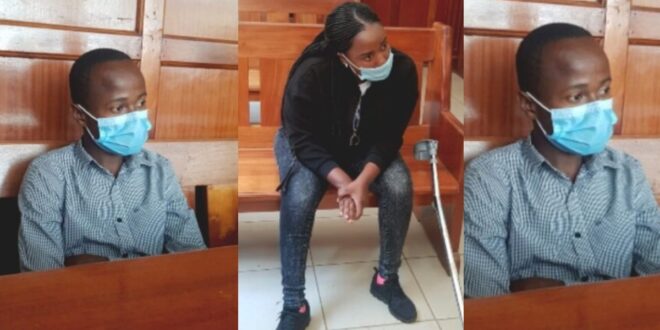 man sent to court after beating a lady he met on Facebook during their first date.

A woman told a judge how she was able to recover when a man she met on Facebook raped her on their first date.

Eunice Wangari, 20, told Nairobi Principal Magistrate Esther Kimilu that on their first date, a guy she met on Facebook pushed her out of a building on the 12th floor.

According to the lady, she traveled from Karura in Kiambu County to Nairobi on September 13, 2020 to meet the Facebook man, Moses Gatama Njoroge, who told her to come to the Ambank House, specifically the 12th floor.

It resulted in a clash in which the perpetrator, Moses, threw her from the 12th floor of the Ambank House’s window.

The lady, who needs assistance before she can walk, had to stay at Kenyatta National Hospital for two months (KNH).

For the incident on September 13, 2020, the guy, Moses, has been charged with one count of causing great bodily harm.

the lady’s father was also in court to testify.

“I got a call from his daughter, who was crying in pain and said that someone was trying to push her off a building.” – He informed the court.

When he went to the Central Police Station to help her, he discovered that a security guard had already done so.