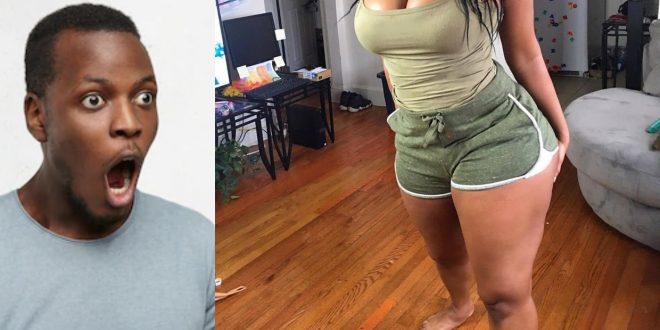 Man In Shock After Finding Out His Longtime Girlfriend Has A Pen!s On Their First Intercourse

A young man has shared his story on the shock he went through after finding out that his longtime girlfriend has a male organ.

according to the guy, despite finding out the girls has a male organ, he enjoyed making love to her, but what is bothering him is that will they be considered gay?

“I WAITED for six months to have $€x with my girlfriend only to find she has a penis.

I met her at a party. She wasn’t the prettiest there but she fascinated me. We spent the whole evening together then started dating. I’m 20 and she’s 19. We took our time to have $€x because she said she was a virgin and I was too.

When she finally said she was ready and I saw her naked, I was shocked. Then I thought, What the hell? She’s still the same person I love.

The $€x side was awkward at first but finally we both enjoyed it.

She told me I was the first boy she’d ever had $€x with. I told her that was OK because she was my first girl.

She’s talked of gender-reassignment surgery but I’ve told her I’ll still love her whatever she decides to do.

What is bothering me is: could we be considered as gay? I don’t feel gay because to me my girlfriend is a girl.

ALSO READ  Pictures of Michy's mother surfaces on the web for the first time.
Share