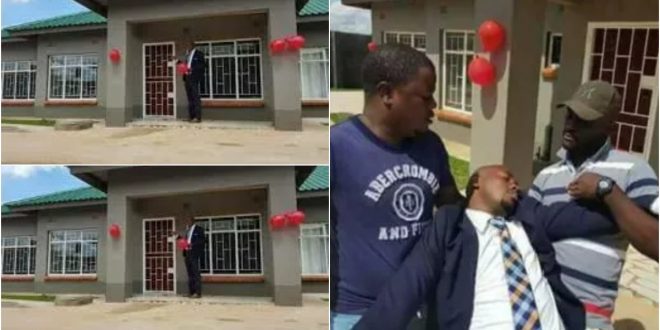 Man Faints After Girlfriend Surprises Him With Two-Bedroom Flat

A woman decided to surprise her boyfriend on his birthday and it nearly turned in to a disaster as the boyfriend had to be rushed to the hospital. this occurred in Nigeria.

according to reports, the lady  bought a two-bedroom apartment for the boyfreiend on this day as she new her boyfriend rental conditions. he has been renting all his live and even sometimes he struggles in settling the rent payment.

the boyfriend, upon seeing the new building and the joy of moving from a tenant to a landlord, he just collapsed and had to be rushed to the hospital.

Social media users who stumbled on the photos put out different reactions. Many were full of praises while others claimed it as impossible.see pictures below: