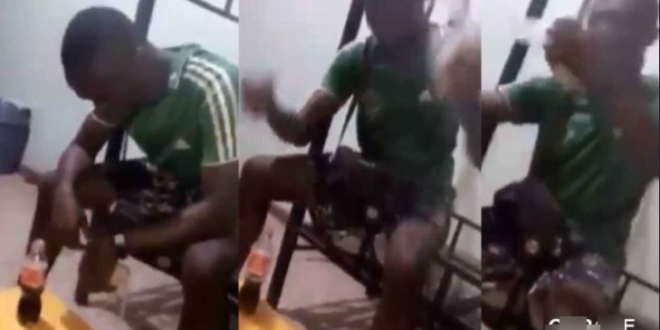 A video of an alleged broken-hearted man has gone viral as it captures him in a disturbing state – doing things he wouldn’t do on a normal day.

In the video, the young man whose name has been withheld was seen taking banku with coca-cola drink rather than taking it with soup or stew as it’s done on a normal day.

The broken-hearted man, as heard in the video, explained that he got to know his girlfriend had dumped him after he had a video call with her only to see another guy with her.

Another disturbing thing is his girlfriend’s mom is also in support of the lady for breaking his heart after all they’ve been through, according to the man.

However, if you’ve ever had a broken heart before, you may understand him and share his pain as it is a horrid experience.