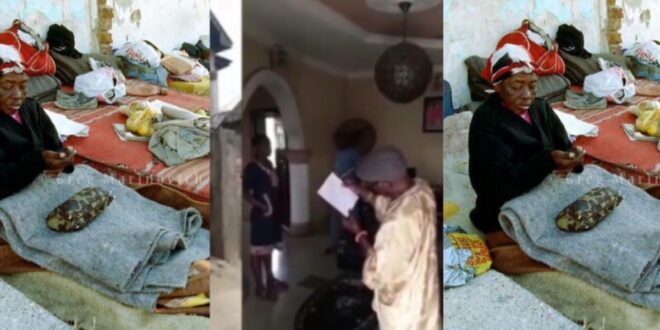 After their son donated the family house as a seed to Christ Embassy in Warri, Delta state, a family has come forward to demand justice.

The man, known only as Shedrack, is said to have returned to Nigeria last year and taken up religion seriously, much to his family’s approval.

He sowed his car as a seed to the Church last year, and his family had no objections.

He did, however, recently donate the family home to the church.

Shedrack’s family was unaware that their home had been donated until Shedrack’s father noticed men walking around the property looking at it.

When the older man asked, he was told that the property had been sold to Christ Embassy and was priced at 25 million Naira.

Shedrack’s father claims that he wrote to the senior pastor of Christ Embassy in Warri, who promised to take action, but that nothing has happened after a month.

check out below for more details;

below is the video