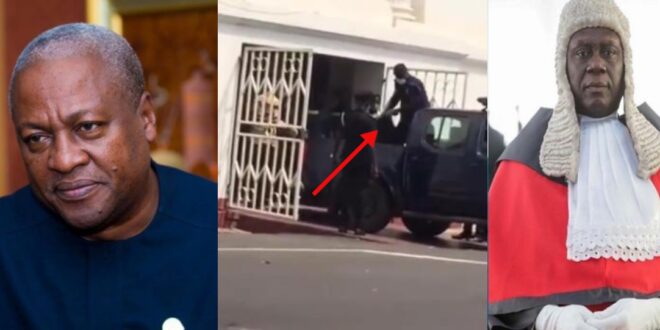 According to information obtained by our organization, a man who has yet to be named died after the Supreme Court issued its decision on the 2020 General Election petition today, March 4, 2021.

His Excellency President Nana Akufo-Addo is constitutionally the elected President of mother Ghana, according to the ruling of the country’s highest court. According to sources, a man collapsed at the court’s premises a few minutes after the supreme court pronounced its decision, and that was the end of it.

Attempts to resuscitate him were unsuccessful, as he lay unconscious on the bare earth. On the microblogging website, a sensational and stunning TV host reported the case.

ALSO READ  Nana Aba Anamoah reveals she will be contesting for MP in 2024.

Serwaa Amihere took to Twitter and tweeted the video along with a caption:

”Breaking news: Man dies after supreme court judgement A man yet to be identified has been rumoured dead after collapsing at the premises of the SC shortly after the apex court judgement on the election petiton.”

see the video below.