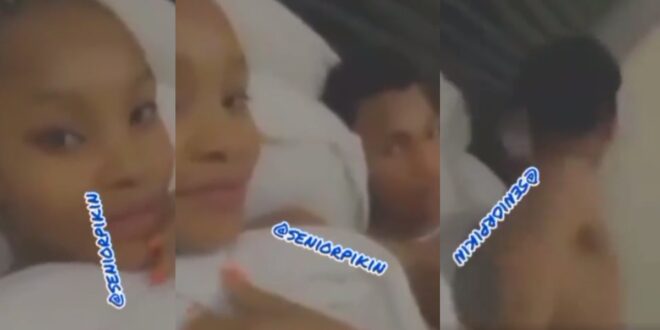 The video of a young man is trending on social media after he did something that many people will not understand.

In the video, he was in a hotel room with his girlfriend who thought it was harmless to record a video of them both having a good time and also introduce him to the world as her boyfriend.

The young man upon realizing he was been recorded, quickly jumped and switched off the lights.

The shocked lady asked him why he did that but the video ended before h could respond.

From all indications, the man has multiple girls and did not want his face to go viral in the video the lady was doing which will bring problems to him.