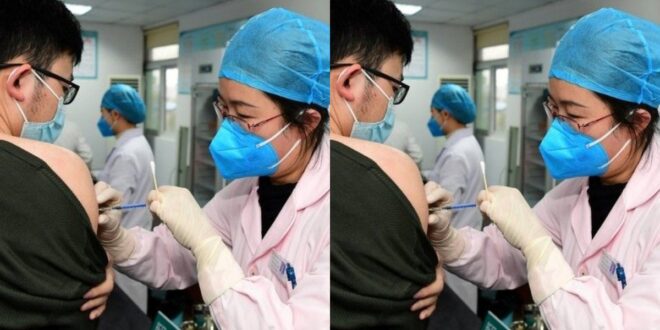 A Chinese man was arrested for duping people to buy saltwater as a COVID-19 vaccine.

Before making more than 58,000 of his own concoctions, the man, known as Kong, had studied the packaging designs of actual vaccines.

A shipment of the vaccines was smuggled abroad, but where they were shipped to is not known.

Kong is among 70 persons who have been convicted for similar offenses, according to BBC news.

The arrests came as Beijing promised to crack down on fake vaccinations, affecting over 20 incidents.

While several of the cases surfaced late last year, this week new reports were released.

ALSO READ  Fameye reveals how Medikal, his junior in SHS, helped him seven years ago

According to a court decision, by inserting saline solution or mineral water in syringes and hawking them as Covid vaccines since August last year, Kong and his team made a profit of 18m yuan ($ 2.78m; £ 2m)