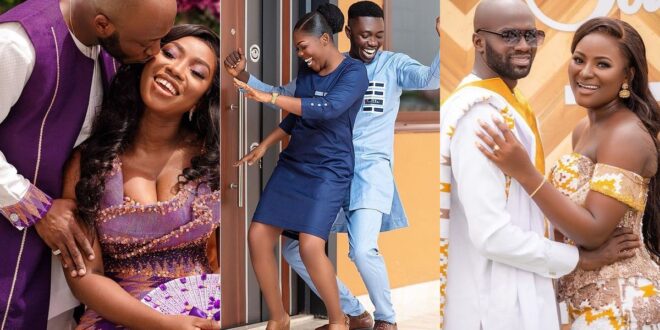 To prevent marital complications, DKB recommends that one should be well established before contemplating marriage.

He claims that in certain marriages, a shortage of resources is at the center of the problems.

DKB cited the marriage of Kennedy Osei and Tracy Osei, the son of business mogul Kwame Osei, as a union free of problems because they are affluent.

“Make money before you marry. Have you seen Kennedy Osei and his wife,they are always smiling.They don’t have problem.What can they argue about?…Have you heard poor people fight before? Foolish fight which will kill your morale” DKB hilariously disclosed in a self-made video.