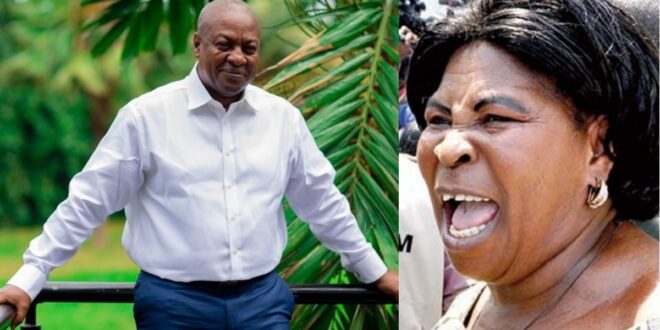 The leader and presidential candidate of Ghana Freedom Party (GFP), Akua Donkor has revealed that the Ex-president of Ghana, John Dramani Mahama can never ascend the throne of the presidency in Ghana again.

According to Akua Donkor, she has cursed Mahama after he neglected her for helping him win the 2012 elections which were sent to court by the NPP and Nana Akuffo Addo who was in opposition.

In an interview we monitored, Akua Donkor revealed Mahama should stop wasting his time sending the 2020 election results to court because he will lose there too.

she revealed Mahama can never become president again because she has cursed him and her curses usually work.