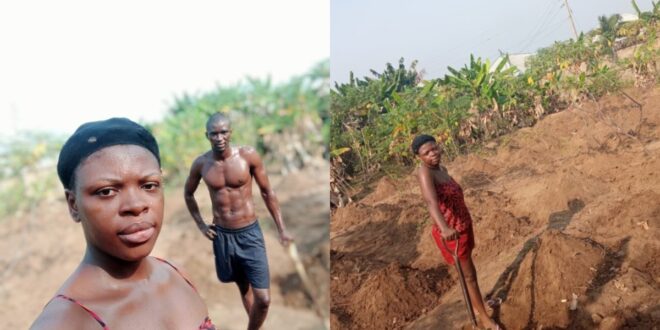 After sharing how they spent their Valentine’s Day, a Nigerian couple became social media sweethearts.

While other couples went on fancy dates, had intimate indoor moments and bought each other presents, on February 14, the viral pair known as Mr and Mrs Zanga went to till their farmland.

On Sunday, Mrs. Zanga brought the revelation to Twitter as she posted pictures of herself and her husband at work on the farm.

She posted a caption with the pictures and a video;

”How our Valentine’s day is going”