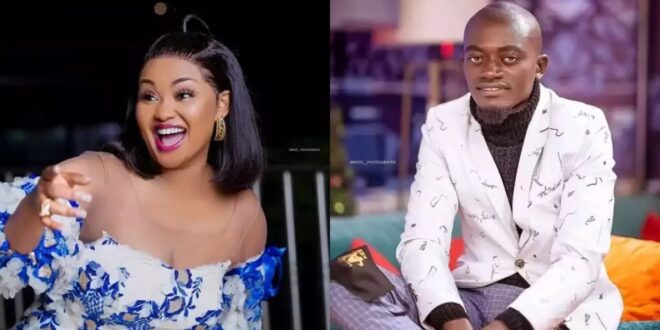 Education has become important in many people’s lives in this modern world, as most people think it’s the best way to succeed in life, but this is not completely true.

here are five (5) famous Ghanaian celebrities who didn’t attend any high school but made it in life.

Felicity Ama Agyemang, known as Nana Ama McBrown, is a Ghanaian actress, TV presenter and a music writer. She rose to prominence for her role in television series Tentacles. Later, she found mainstream success following her role in the Twi-language movie “Asoreba”. (Wikipedia)

2. Dj Switch
Erica Armah Bra- Bulu Tandoh is a very young Ghanaian female disk jocker and a multi-talented entertainer who can sing, rap and dance, she is widely known as Dj Switch. She is a young DJ who has received many awards in Ghana. She was born on December 12th, 2007. (13 years old). She attends the Weija International School of Young Royals.

Kwadwo Nkansah professionally known as Lil Win, is a Ghanaian artist, musician, actor and comedian. Kwadwo Nkansah was born to Mr Kofi and Ama. He grew up with six other siblings in Kwaman in the Ashanti region. He is the founder of Great Minds International school in Kumasi, Ashanti Region of Ghana. (Wikipedia)

Akwasi Boadi is a Ghanaian actor, comedian and TV host, popularly known as Akrobeto. He was born in Ayirebi in the Ofoase Ayirebi Constituency in the Eastern District on 18 November, 1962 (58 years old). In his academic sense, he has no formal schooling. That means he doesn’t have a credential from Wassce.