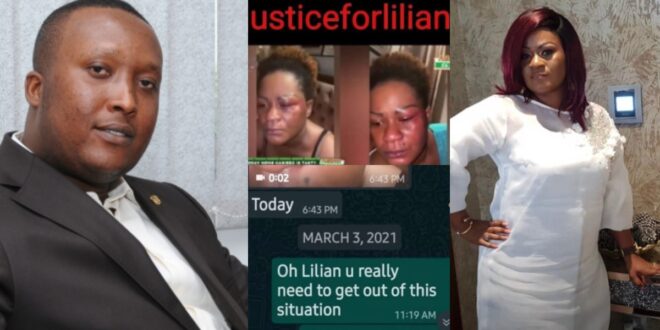 Lilian’s last video and chat with a friend before she d!ed shows her husband assaulting her physically.

The last conversation late Lilian Dedjoe, the 43-year-old woman allegedly murdered by her husband, Mr. Prince Charles Dedjoe, had with a friend in East Legon, Accra, has surfaced online.
The death of Lilian Dedjoe shocked many Ghanaians, particularly because it was so painful and tragic.

On March 2, Lilian Dedjoe allegedly sent a video to a friend in which she expressed her marital difficulties.

Her husband, Mr. Prince Charles Dedjoe, has been harassing her for some time, according to the video she sent to her friend.

After sending a video of her face being sexually assaulted in a WhatsApp conversation between Lilian and her friend on March 3, 2021, Lilian’s friend begged her to leave her abusive marriage.

Based on their discussion, Lilian was not willing to leave her marriage when her friend urged her to do so, particularly for the sake of her children.

She was worried about her two children, but tragedy struck three days later.

A screenshot of the conversation as seen below: