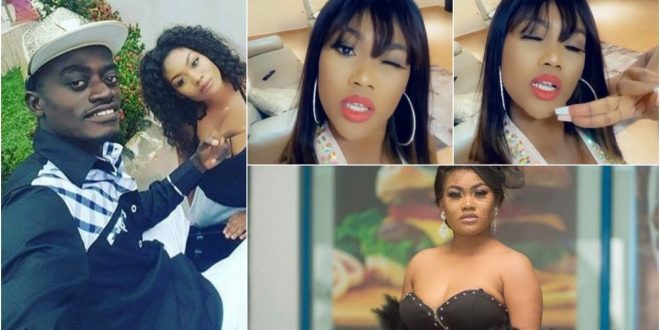 Also speculated to be the girlfriend of actor Kwadwo Nkansah Alias Lil Win, Kumawood actress Sandra Ababio has revealed her religious side to her fans in a new video.

The actress is shown passionately performing songs of praise and worship in a recent video seen on her Instagram page as she drives.

As she dances, her facial movements and actions carry out the pleasure and enthusiasm of what she is doing.

Her singing voice, though, was bad, and because she knows that herself, she suggested that her fans or followers could ignore the voice and concentrate on the message.