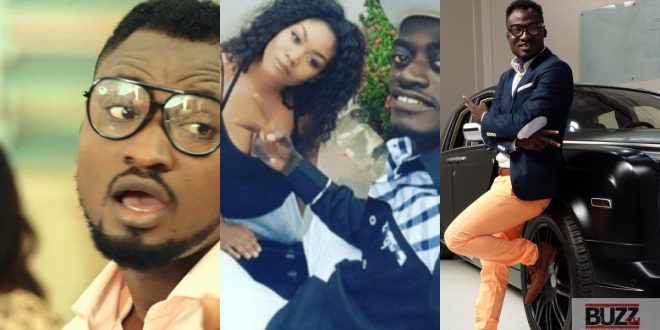 Funny face seems to have been really hurt by actor lil win as his attacks towards the kumawood actor continue by the day despite been advised to stop any utterances.

According to Funny face, he has secrets about Lil win and his girlfriend, Sandra Ababio, and when he strikes he will expose them together.

Funny face revealed that Lil win’s girlfriend received a proposal from another kumawood actress which she accepted.

This claims suggest that, Sandra Ababio is a Bisexual.

funny face revealed that, his baby mama sold him out to Lil win and bloggers by sharing his secret with them.