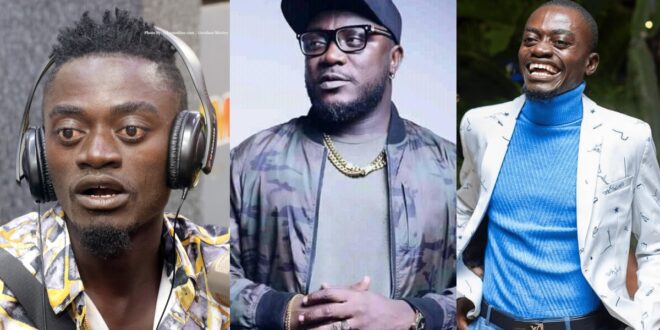 A comic comedian, Kwadwo Nkansah Lil Win, has responded to Nhyiraba Kojo’s accusations that he is a fake and a liar.

Nhyiraba Kojo named Kwadwo Nkansah aka Lil Win a fake and a coward for failing to turn up for a birthday party thrown for him In a recent video.

Lil Win’s betrayal left the hip-hop artist and producer badly hurt when he bought him a plane ticket only to come to the program because he claimed the ticket agreement was delaying.

Lil Win retaliated by posting a screenshot of himself at the airport, where his flight had been cancelled, with a shady caption directed at Nhyiraba Kojo.