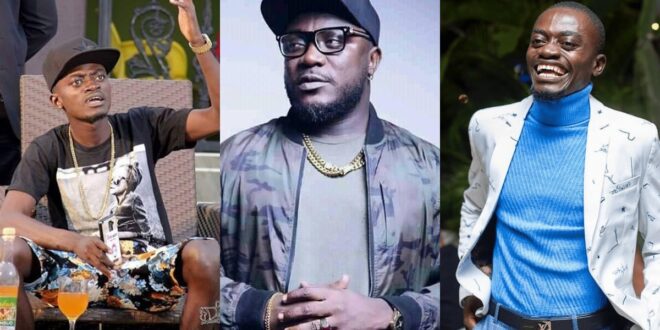 Nhyiraba Kojo, a Ghanaian singer and businessman, has chastised actor Kojo Nkansah, also known as Lilwin, for failing to turn up at a pool party held at his mansion.

The businessman characterized Lilwin as a fake, ungrateful, and self-centered guy who just cares of himself in a video shown by buzzgh.com.

Lilwin, he claims, is incredibly fake, and although others around him may be unable to say him, he is expressing his concerns to him as a brother.

Regardless of Lilwin’s failure to turn up for a party organized for him, Nhyiraba Kojo Sika shared his gratitude to bloggers and all those who helped make the party a success.