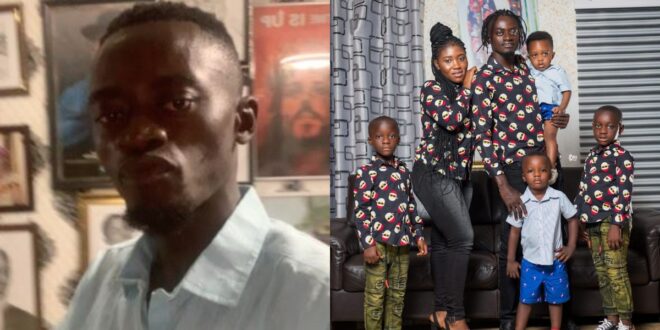 Lil Win has gone viral after posting a picture of his family on social media.

On Mother’s Day, the actor and comedian wanted to show the world how wonderful his family is.

He thanked his mother-in-law for giving birth to such an amazing daughter, sharing a photo of himself, his wife, who he says lives in the United States, and their four sons.