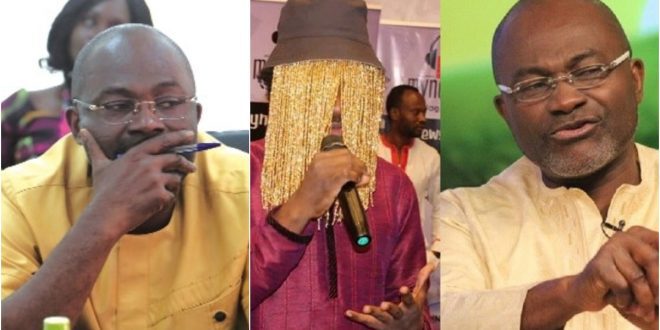 The M.P for Assin Central, Hon. Kennedy Agyapong, After bragging about how he has silenced investigative journalist Anas Aremeyaw Anas, was shocked upon the news of Anas new expose’.

when granted an interview, Kennedy Agyappong revealed his bitterness to the new expose’ to be brought out by Anas as he stressed that he(Anaa), together with his senior colleagues, are the real culprits in Ghana. He, however, dared Anas not to mention his name in this session of his expose’

Anas’ expose’ is dubbed ‘Corona Quacks And Thieves In Ghana’, and it is aimed at uncovering officials who claim to have found the ‘cure’ for the novel respiratory virus.