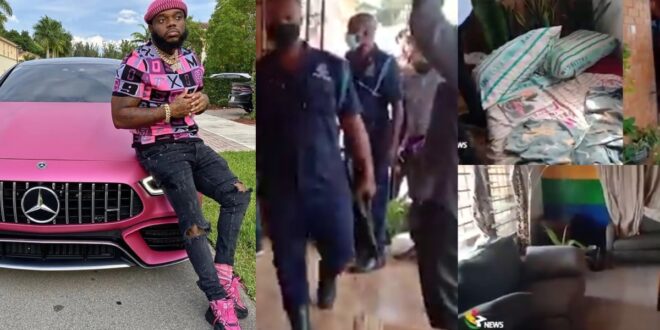 In the view of the content creator, Kwadwo Sheldon, it’s really dumb for the Ghanaian police to shut the LGBTQI office.

It should be noted that on Wednesday, February 24, the Ghanaian police closed down an office belonging to the LGBTQI community-based in Kwabenya, a suburb of Accra.

The landlord reported during the close of the workplace that the office they occupied was being used on a different agenda.

The shutting down of the office was stupid, according to the social network phenomenon, and that LGBTQI persons should be left alone according to kwadwo sheldon