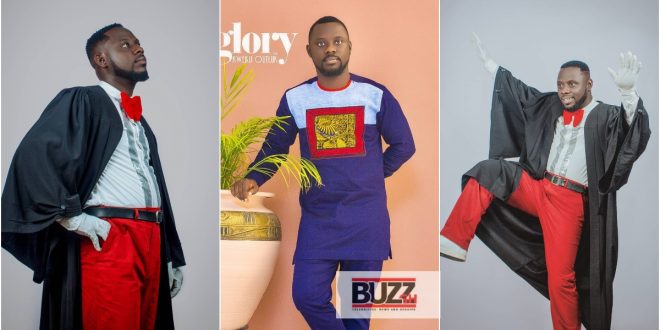 Reports reaching our front desk has it that, comic actor, Richmond Xavier Amoakoh, popularly Known as Layer Nti has parted ways with the  Leizer and Legacy production, the production that made the series that brought him popularity, ‘Kejetia vs Makola’.

According to sources, Layer Nti decided to end his relationship with the production after a few issues that came up and they failed to handle it in a manner he expected.

Although the source failed to dive us deep into the issues that emerged leading to his sudden resignation from the production, the source has promised to feed us with all the juicy details when the time is right.

It is quite obvious that indeed there are some issues between Lawyer Nti and the Liezer-Legacy Productions as he is not featured in their recent series “What Don’t You Know”.

Another evidence is the fact that Richmond Xavier Amoakoh aka Lawyer Nti has been doing his own skits in recent times for personal Youtube channel, Plan B Studio. All these add up to confirm his resignation.