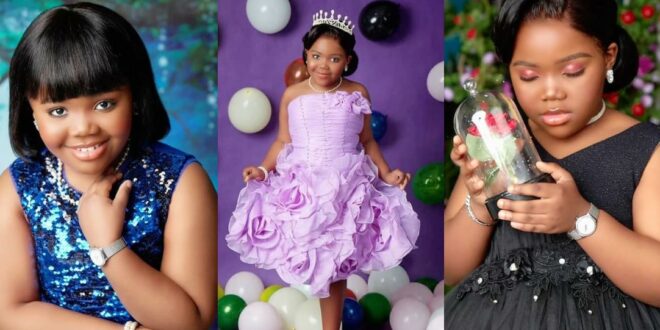 The Anointed Palace Chapel’s founder and chief is Rev Obofour (APC). He is also known as Prophet Asanteman Bofour and is widely regarded as one of Ghana’s wealthiest pastors.

In Ghana, he appears to be the only “real” archangel man of God. Before moving to the Greater Accra region, he began his religious institution, Anointed Palace Chapel, at Mamponten off Mampong Road in Kumasi, Ghana’s Ashanti region.

Ciara Obofour, also known as Bofowaa, is his wife. Rev. Obofour and his wife Ciara are the parents of five children. Lawrensa, Jesse, Jeremie, and Jeremiah are their names.

Here are few photos of his 7-year-old daughter, Lawrensa.