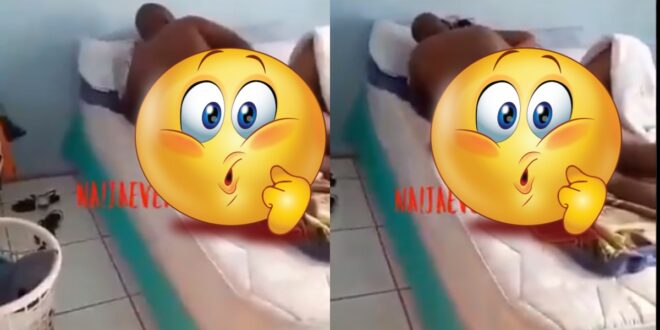 Following the publication of another s3x tape allegedly involving one of its lecturers, Ladoke Akintola University of Technology (LAUTECH) is currently topping the Twitter trend.

The video posted out on the microblogging site shows a middle-aged man filmed with a lady whose face was covered by a third party having his way.

This comes weeks after the filming of a young lady suspected to be a LAUTECH student in a series of leaked s3x videos.

The university authorities, however, had denied her knowledge, denouncing the name of the school to the public ground.