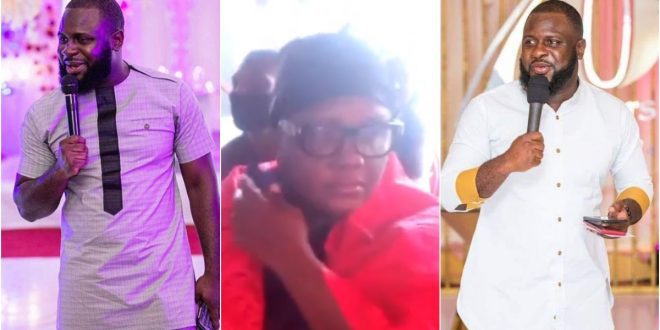 The funeral rite of the late Kwadwo Wiafe is currently ongoing today 4th July 2020. The mother of the deceased has caused an emotional stir on social media after a video from the service surfaced on social media.

in the video sighted, the mother of Kwadwo Wiafe was seen with a red cloth wrapped around her as she mourned her son, weeping sorrowfully.

Many dignitaries appeared including his colleagues from despite media and friends and family.

From the video, it can also be seen that all those who showed up for that funeral regarded the coronavirus protocols as they were seen with nose masks.

ALSO READ  Princess Shyngle in Love : Confirms her 'criminal' boyfriend is about to marry her - Screenshot